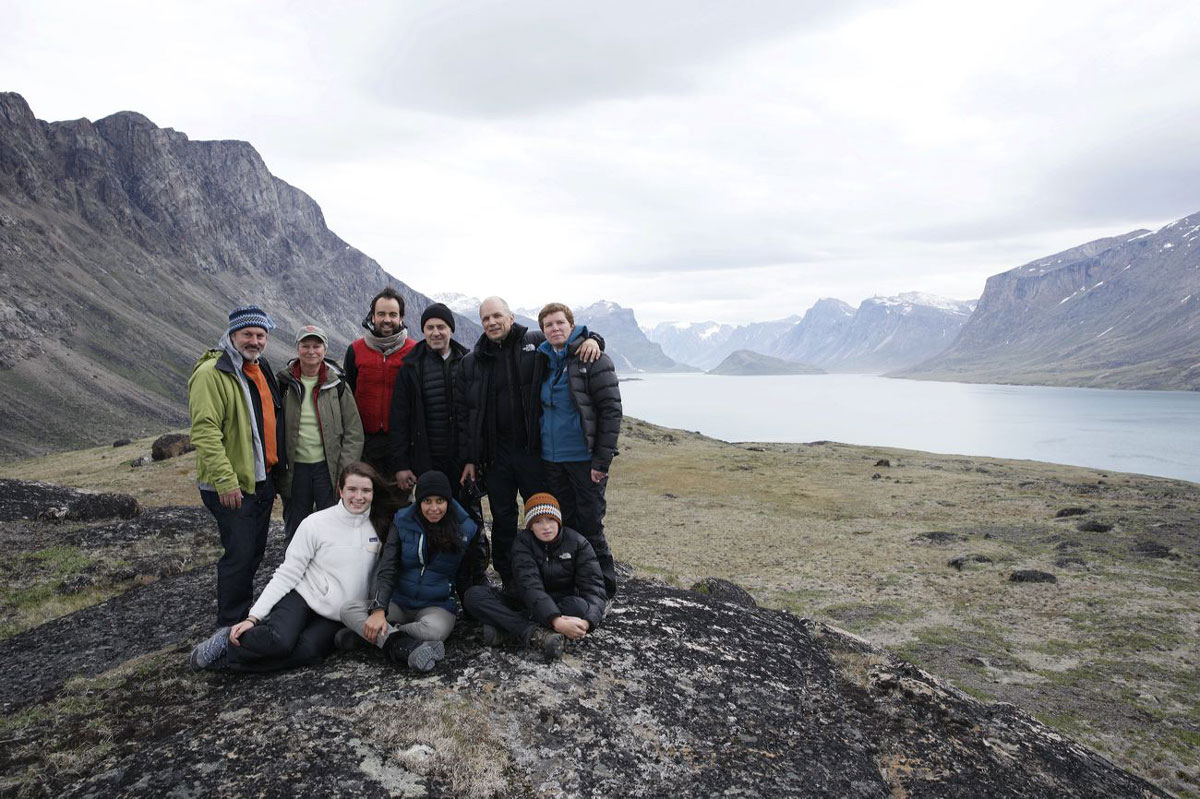 Michael Maltzan’s feelings about architecture haven’t changed much since he first dreamed of becoming an architect at age 12. Now internationally renowned, Maltzan says, “What continues to capture my imagination is how architecture can vividly portray contemporary lives.”

The purpose and potential of the WAG Inuit Art Centre excited Maltzan and compelled him to enter the international design competition.

Maltzan says it’s clear the Inuit Art Centre’s architecture must be deeply connected to-and guided by-the “sensibilities and the spirit of the Inuit and the North”.

He wanted to learn everything he could from Inuit about representing their art and culture, especially in a place centered many miles South, and with the WAG already established in Winnipeg’s cultural fabric.

Maltzan, his wife and children accompanied Stephen Borys and WAG Curator of Inuit Art, Darlene Coward Wight, on a “mind exploding” trip to Pangnirtung, Cape Dorset, and Iqaluit, where he experienced the land and the light first-hand. That, and what he learned from artists and other Inuit guided the development of his design for the Inuit Art Centre.

Maltzan also spent time with the WAG Inuit Art Centre’s inaugural exhibition curatorial team, listening to their vision of how the Centre will conserve and display Inuit artwork and engage the public with the art.

Maltzan wants to ensure visitors will ‘experience’ the North at the Inuit Art Centre. While the Centre can’t recreate the scale or light of the Arctic, those can be inferred by incorporating elements such as undulating white walls and open spaces filled with natural light.

Designed to engage the public with the Centre and its art

The glass Visible Vault is a signature element of the Inuit Art Centre’s design. It starts in the lower level and rises up two more storeys, displaying thousands of artworks from the WAG collection. Visitors entering the Centre’s tall, spacious, welcoming atrium will be greeted by the stunning sight of this one-of-a-kind display.

Maltzan points out that the face of the building is completely transparent, “When you pass by as a pedestrian, or in a car or bus the life of the inside of the building, as well as the art in the Visible Vault will become a part of your experience of the Inuit Art Centre.”

Even the movement upward through the Centre is meant to be an experience. “The journey of winding upward through the different spaces will tell a story,” Maltzan says, providing a more thorough understanding of how all the Centre’s activities weave together to support its mission.

Figuring out how to connect the Centre to each WAG level, when functions such as gallery areas are located differently in each building, is “like a 3-dimensional puzzle”, says Maltzan, adding that connecting bridges will add a lot to the uniqueness of the final building.

Maltzan also points out that WAG architect Gustavo da Roza’s design is three-sided, with the main façade on Memorial Boulevard. Maltzan designed the Inuit Art Centre to, “almost complete the original building while establishing another major façade that doesn’t take away from the existing WAG.”

“I see the Inuit Art Centre and the WAG as being in a partnership–a kind of a dance,” says Maltzan, “each has its own identity, but they very consciously recognize and reflect each other.”

Michael Maltzan hopes when people experience the WAG Inuit Art Centre, they will be moved and educated to engage with Inuit and their art and culture. He also hopes visitors will feel that the Centre is “a part of Winnipeg and a part of the future.”

I first met Judas Ullulaq (1937-1999) in Gjoa Haven in October 1982. At the time, I was working with Canadian Arctic Producers (CAP), the central...
Help build Qaumajuq