Ages 14 and up
Learn the art of acrylic painting, including colour theory, shading, ways to describe space, use of light, composition, and the particularities of painting with acrylics. A basic knowledge of drawing or painting is recommended.

Classes are held over Zoom and are approximately 1.5-2 hours in length depending on the lesson for that week. Zoom classes are recorded for any students that aren’t able to participate live.

Students can choose to use their own supplies, or purchase a supply kit from the WAG.  Kits can be picked up at the WAG Studio by appointment, or have it delivered to their home (within Winnipeg) for an additional $10. 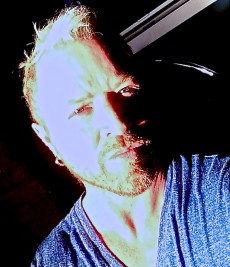 Your WAG Studio: Blue Skies Ahead!

Learning through art is a cornerstone of the WAG’s mission, and there is a new space dedicated to it opening with the WAG Inuit Art…
Welcome Back!
The Winnipeg Art Gallery is now open! See details
The Winnipeg Art Gallery is located on Treaty No. 1 the original lands and waters of Anishinaabe, Ininiwak, Anishininiwak, Dakota, and Dene peoples, and on the homeland of the Métis Nation.