Aug 31 '20 Feb 21 '21
Pairing landscape paintings by Walter J. Phillips with the botanical illustrations of Linda Fairfield Stechesen, this exhibition represents the ecology of the Prairies from two very different, yet complimentary approaches, giving us a fuller picture of the natural world.

WAG@The Park presents a rotating series of exhibitions curated by the WAG at The Pavilion at Assiniboine Park Conservancy (APC). Art is selected primarily from the APC collection, as well as from the WAG’s vast holdings. 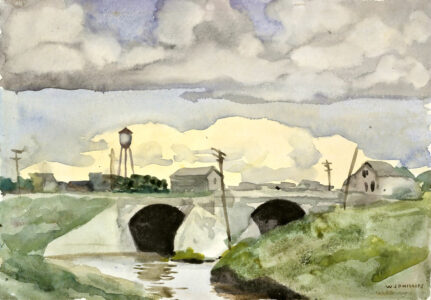 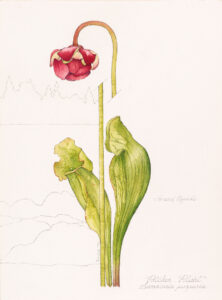 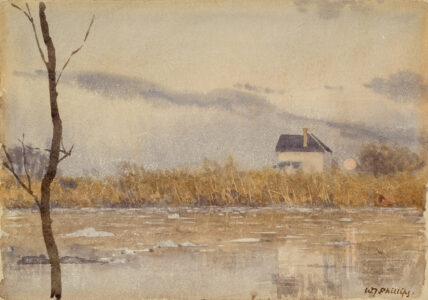 Walter J. Phillips  (1884–1963) was born in  Barton-on-Humber, Lincolnshire, England. As a young man, he moved to South Africa where he worked as a teacher, newspaper reporter, surveyor’s assistant, law clerk and diamond miner. Phillips returned to England briefly before immigrating to Winnipeg in 1913. Phillips later moved to Calgary, Banff, and lastly to Victoria where he died in 1963.

One of Canada’s most celebrated artists, Walter J. Phillips produced hundreds of watercolours, colour woodcuts, etchings and engravings throughout his long career, depicting the Canadian landscape in Manitoba and Northwest Ontario.

Few other Canadian artists left such an enormous catalogue of Canadian art chronicling works from the eastern townships of Quebec to the west coast. Phillips is recognized internationally for his innovations in colour woodblock printing.

Linda Fairfield Stechesen (1939-2017) was born and raised in Portage-la-Prairie, Manitoba. She studied interior design and fine art in Canada and England. She later taught architectural rendering at the University of Manitoba. Eventually she developed her artistic practice, focusing on nature. Additionally, Fairfield Stechesen made a significant contribution to botanical art in this province through the creation of illustrations for Wildflowers of Churchill and the Hudson Bay Region (1987), a naturalist field guide by Dr. Karen Johnson. She was also deeply involved in Winnipeg’s artistic community, especially as an active member of Mentoring Artists for Women’s Art (MAWA), where she led a popular Botanicals Workshop in 2016.

The Silhouettes and Cutaways of Ivan Eyre

This exhibition presents a selection of Ivan Eyre’s series of “silhouettes”, and “cutaways”. It also studies his fascination with using everyday structures, such as the windowsill or a common packing box as a framing device. For Eyre, these structures were a gateway for “looking through”—and beyond—physical reality as we may commonly perceive it.
Help build the Inuit Art Centre
Philanthropist Bob Williams is matching all donations from now until November 30, 2020 – up to $500,000.